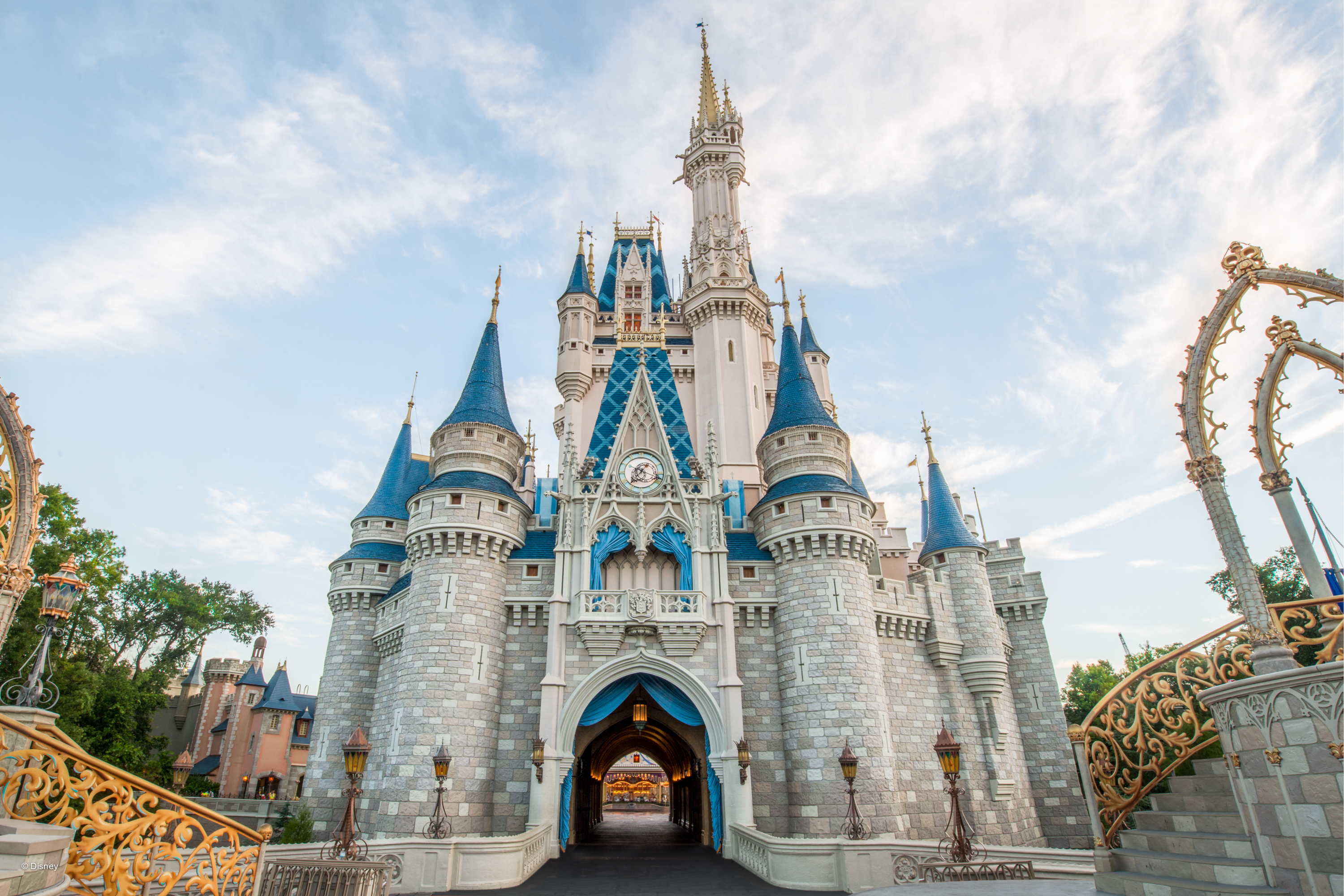 You can read about the first three days of our trip here, here, and here.

Our first day at the Magic Kingdom was packed full of fun! Since we arrived before the park opened, we got the chance to experience several attractions with absolutely no wait time. We rode It’s a Small Word, Peter Pan’s Flight, The Magic Carpets of Aladdin, Dumbo the Flying Elephant, the Haunted Mansion, and Buzz Lightyear’s Space Ranger Spin. Turner loved everything, but I think the Buzz Lightyear attraction may have been his favorite of those listed. We met Peter Pan after we rode his ride! 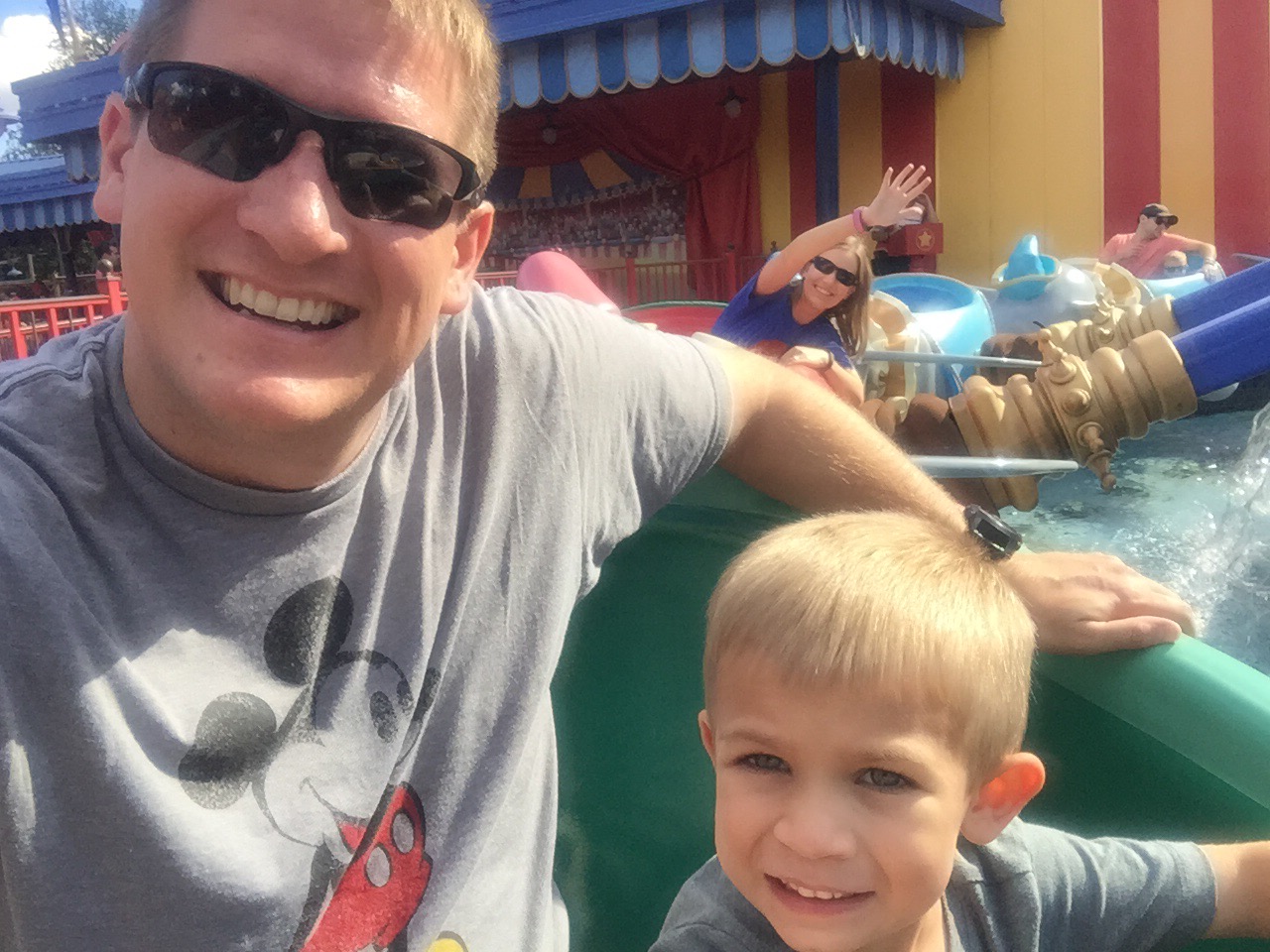 Everything that we did that morning was fun, but the trip was starting to catch up to me. I was feeling fairly exhausted by lunchtime. Turner even said he wanted to go back to our room to sleep! So we took a break and had lunch at Pinocchio Village Haus. After that break, we asked Turner if he still wanted to go back to the room, but he opted to stay and ride more rides.

So we pushed on! It was on this day that Turner experienced his first real roller coaster: Seven Dwarfs Mine Train. So here’s the deal. Before this trip, Turner literally wouldn’t even ride the carousel horses at the mall. He would only sit on the bench! So needless to say, I was a bit nervous about him riding a roller coaster. But I was worried for no reason because he LOVED IT! He immediately asked when we could ride it again! What’s hilarious, though, is that in every picture of Turner on a coaster, he looks completely board and unamused. Ha!

We rode Goofy’s Barnstormer and then walked over to Tomorrowland Speedway. Turner was so excited that he got to “drive” a real car! He didn’t realize that I had my foot on the pedal because he was so happy just to steer.

We also all enjoyed the Jungle Cruise and the Under the Sea ride. We took a sit down break and watched Mickey’s Philharmagic show and Monsters Inc. Laugh floor before we were ready for a snack!

Toward the end of the day we grabbed a dole whip and a pineapple upside down cake from Aloha Isle. They were both delicious!! It was late-afternoon by that time, and Turner was fighting to keep his eyes open. Since we had another day planned in Magic Kingdom later in our trip, we decided to call it a day there and go back to the room to rest for a while. The rest was much-needed! We all slept until around 6 PM, and then headed back out later to Epcot for dinner.

We ate at the quick service restaurant, La Cantina de San Angel in Mexico, and it was SO GOOD! It was one of the best meals we had during the whole trip! I tried a Pineapple Mango Jarrito (traditional Mexican soda), and it was suuupppeerr sweet. For someone who doesn’t drink sodas, it was a bit much for me, but everything else was amazing.

It was getting fairly late at that point, but we grabbed a fastpass to ride Soarin’, so we quickly made our way across the park to get to the attraction before the park closed for the night. I am SO glad that we did! Soarin’ was by far my favorite attraction of the whole trip! It was so realistic that I actually found myself holding on tight because it really felt like we were flying through the sky! I looked over at little Turner and he was shaking! I asked him if he was okay, and he just said, “It’s cold in here!” He said that he got a little bit scared on that ride, but he still loved it. We shut down the park that night, and made our way back to the resort to rest up for our next big day!