Our first day at the parks during our Disney vacation was spent at Animal Kingdom. It was one of my favorite days! We got to the park before it opened and headed directly back to the new World of Avatar to check out the new rides. The Avatar Flight of Passage already had over an hour wait (and the park wasn’t even officially open yet!!), so we passed and went across to the Na’vi River Journey. Thankfully, we were able to walk right on to that ride with absolutely no wait!

Since it was Turner’s first time at a theme park, I’m glad we started with a slow ride. After the Na’vi River journey, though, we headed straight over to Dinosaur. It was loud, bumpy, dark and (potentially) scary, but Turner loved it! We did put on his ear protection since he doesn’t care for loud noises, but otherwise, it was a huge hit! We spent the day crisscrossing around the park going from attraction to attraction. We all really enjoyed the Kilimanjaro Safari. While I took Turner to some kid-friendly rides, Aaron took off to conquer Expedition Everest. We met up again to go to “It’s Tough to be a Bug.” I remembered that attraction from 15+ years ago, and I really thought Turner was going to be scared, but he loved it! We later went to the Festival of the Lion King and Finding Nemo the musical.

We took a break for lunch later in the afternoon at Flame Tree BBQ. The food was good and the view from our table was really nice. One of our favorite happenings of the day was meeting Timon from the Lion King. We happened upon him and the line was short, so we waited to meet him. I will never forget the look on Turner’s face after he met his first character…It was priceless! At that moment, I was so thankful that we had the Memory Maker plan so that we were able to get the moment captured for us. 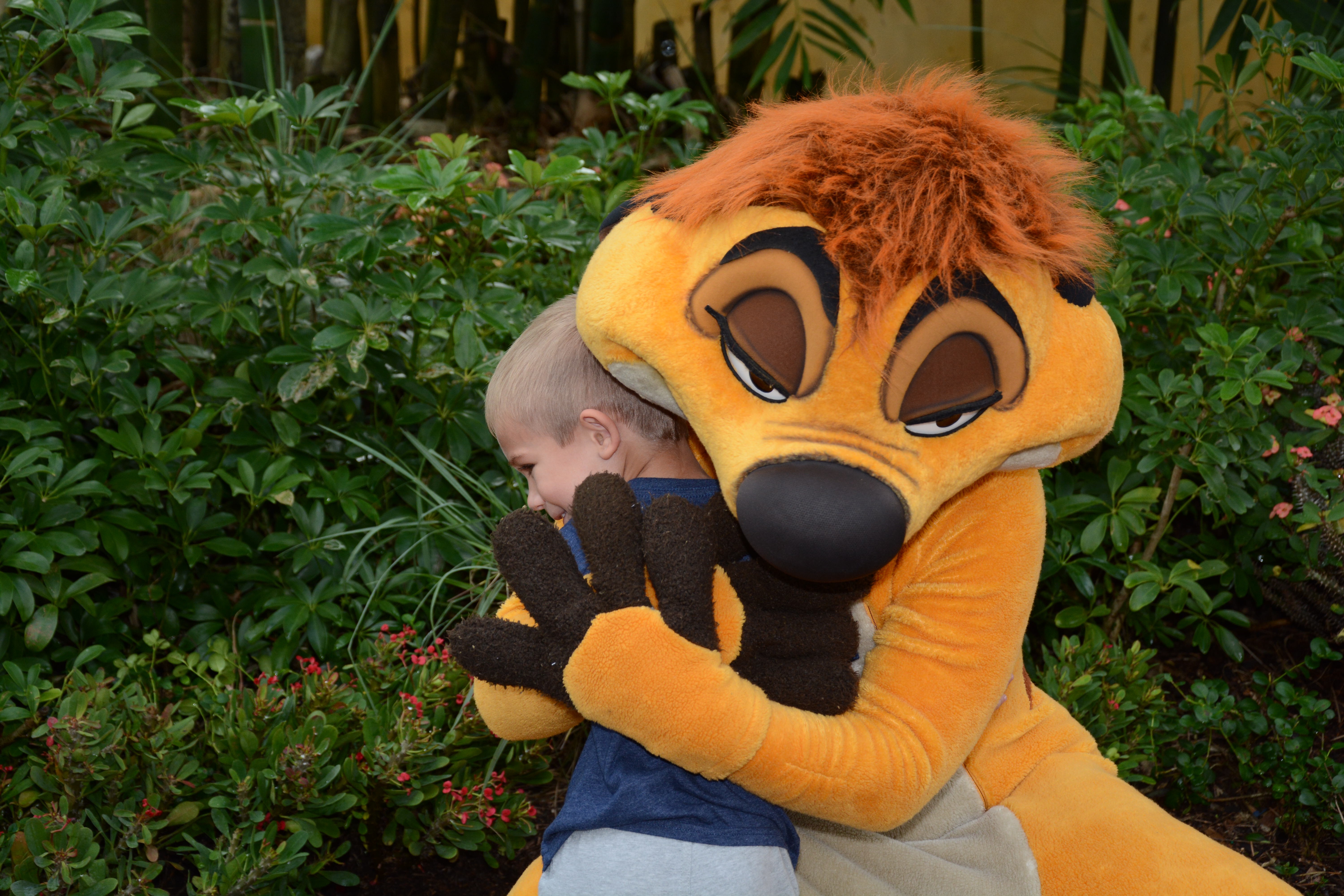 We rested up for a bit, and later that evening we headed out to Mickey’s Backyard BBQ at Fort Wilderness. We arrived early and had to wait in line for 15 minutes or so. While we were waiting, real life happened, and our overly-tired child had a full-on melt-down. I had to step out of the line to calm him down. Once we got inside, I was mentally exhausted, so Aaron went to the buffet for all of us and just brought a plate full of everything. I was almost too tired to eat, but the food that I did try was good.

Turner was just about ready to fall asleep when a crew of characters came out to dance. He raced to the dance floor and got to dance with Minnie Mouse! It was such a fun moment! Side note – for those people who say that you’re wasting your money to take young kids to Disney World because they won’t remember it….I completely disagree. Turner may not remember everything that happened on this trip, but as his mom, I will never forget the smile on my child’s face after he danced with Minnie and got a kiss on the nose from her. It was a look of pure joy that was totally worth the cost of the trip!

Our second day at Disney World (first day in a park) was definitely a success! Hakuna Matata! 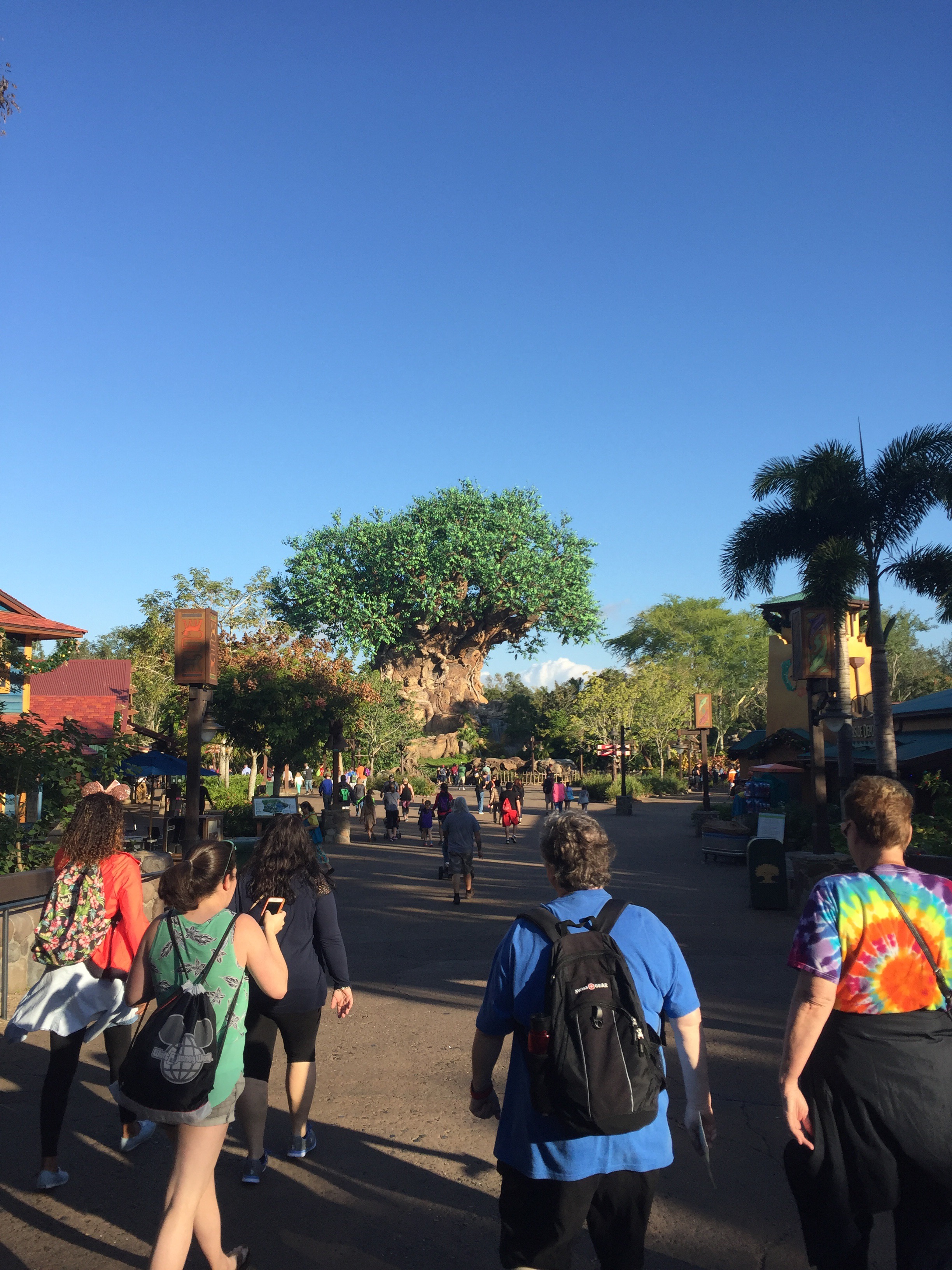 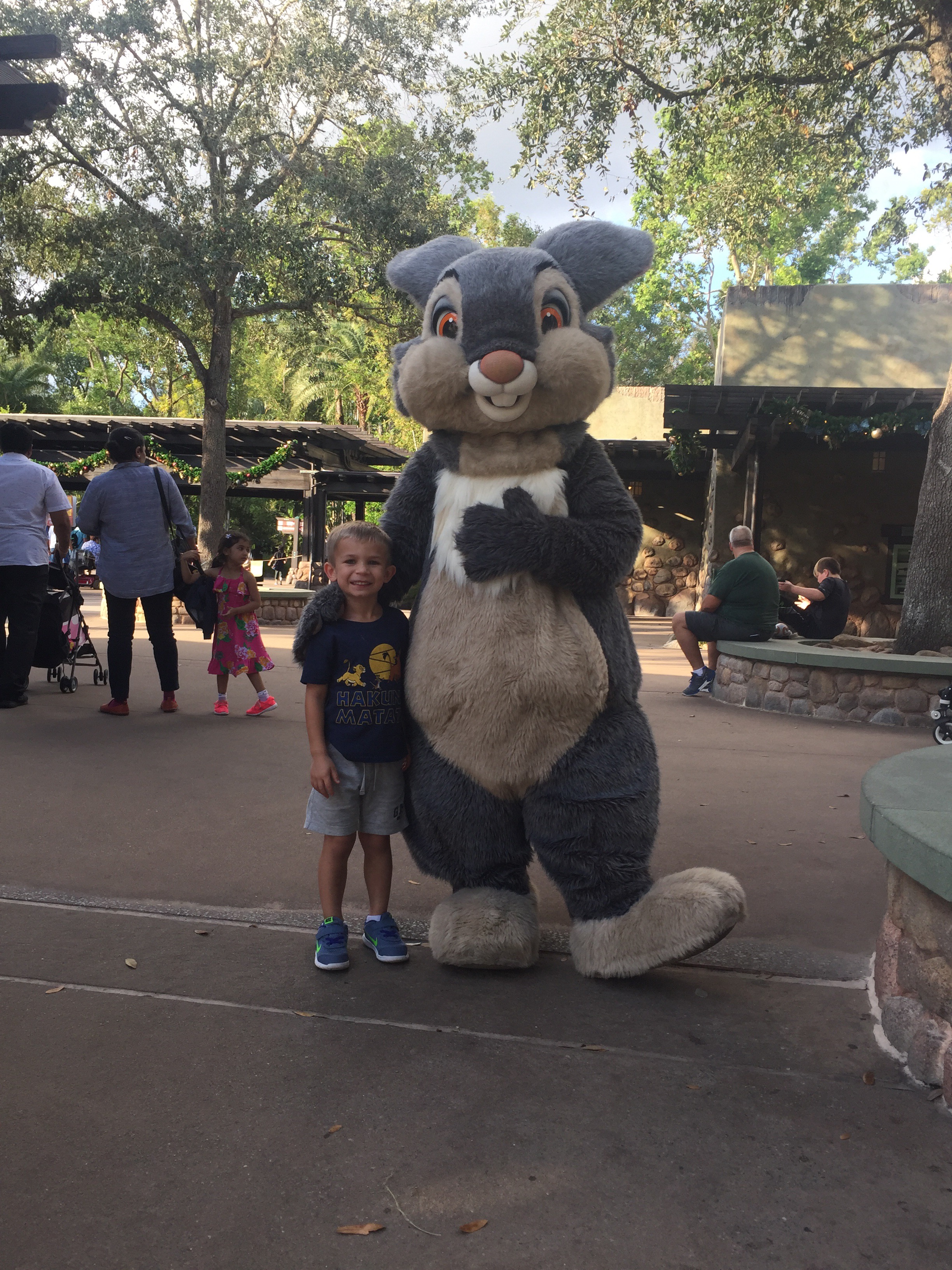