Our sweet Ally girl turned 4 years old today! I will be the first to admit that I never wanted a dog. We had only been living in our house for about 2 months when Aaron approached me with the idea of getting a Lab. He had already been talking with someone who had gone through a divorce and wasn’t going to be able to keep Ally, and he wanted me to get on board with adopting her. My answer was a quick “Nope!” I argued that we had just built a beautiful, brand new home, and I didn’t want a puppy to chew up the baseboards and pee everywhere. He argued that the dog would be a wonderful addition to our family and that I would definitely love her. I knew that I would love her, but I didn’t want to HAVE to love her. It just seemed like a big responsibility that I didn’t want to take on.

Long story short, we got the dog just after Thanksgiving in 2012. Thankfully she was already housebroken, and as it turns out, she wasn’t much of a chewer. She did chew on the corners of a few of our rugs when she was a puppy, but otherwise, she hasn’t ever really destroyed anything important. I didn’t grow up with dogs (inside or outside), so this was a MAJOR adjustment for me. I told Aaron when we first got Ally that she wasn’t allowed on any furniture and she wasn’t allowed in our bedroom at all. That didn’t last for long! Ally is now queen of our house. She slept in the bed right beside me last night and loves to snuggle next to me on the couch. Even though I was the one who didn’t want to get her, somehow I’ve become her favorite person.

Ally is really spoiled rotten. She’s been to Pet Manners classes at What a Great Dog and earned her “Good Canine” certificate. She also loves to go to doggy daycare occasionally at Pet Paradise and play with all of her friends. Aaron takes her to the park frequently, but there she seems to like the people more than the other dogs. Everyone loves her, too! She’s such a sweet girl.

It’s so nice to come home to her every day. She gets so excited that her whole body wags, not just her tail! She LOVES to swim, play in the water, go for walks, and chase rabbits in the back yard. (Unofficial rabbit score is Ally – 5, rabbits – 1000).  Her favorite thing is when her daddy lets her off the leash (even though he’s not supposed to) and she gets to run free. She always comes back to us, though! My favorite thing has been seeing her interact with Turner over the last 2.5 years. They are truly best friends, especially since Turner drops a lot of food on the floor! Turner loves to give her big hugs and throw toys to her, and Ally loves to lick him in the face all the time. It drives me crazy, but they both love it. I’m excited that Turner will get to grow up having Ally as a pet. She’s such an important part of our family and we are happy to get to celebrate her today! 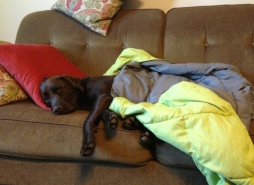 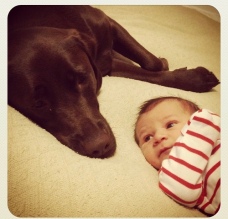 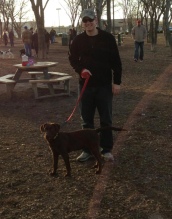 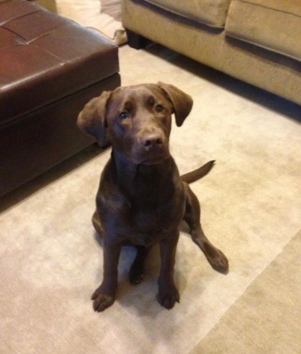 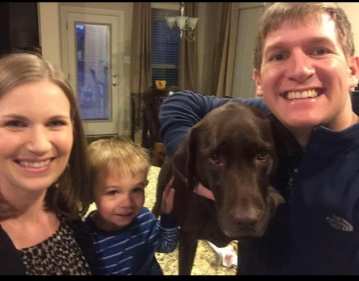